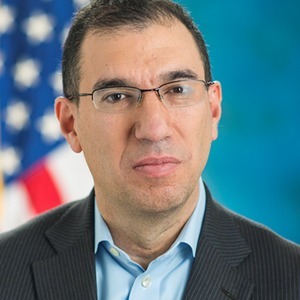 Andy Slavitt has decades of private and public sector leadership in health care. Over his career, Andy has shaped some of the most signiﬁcant and successful initiatives in health care impacting millions of Americans and the shape of the health care system. For the last two years, he served as the Acting Administrator for the Centers for Medicare & Medicaid Services (CMS) under President Obama, overseeing the Medicaid, Medicare, the Children’s Health Insurance Pro-gram, and the Health Insurance Marketplace, where he also oversaw the healthcare.gov turn-around in 2013. Under his leadership, the U.S. health care system saw record reductions in the uninsured rate, nationwide improvements in quality, record low cost growth, and a major resurgence in value-based payment models.

From 2003 to 2013, Andy worked at UnitedHealth Group, eventually serving as the Group Executive Vice President for Optum. Andy founded and served as CEO of HealthAllies, a technol-ogy-based consumer health care company, was also a consultant with McKinsey & Company, and an investment banker with Goldman Sachs. In 2016 Andy was named one of the 10 most inﬂuential people in health care by Modern Healthcare magazine, and he recently received the American Medical Association’s Dr. Nathan Davis Award for Outstanding Government Service.

Andy lives in Minnesota with his family. He is a graduate of the Wharton School and The College of Arts & Sciences at the University of Pennsylvania, and received an MBA from Harvard Business School.